Togolese footballer, Emmanuel Adebayor has attacked a Nigerian woman who called him ‘useless’.

The drama started after his girlfriend Dillish Mathews threatened to beat up Miss Africa 2014, Meriam Kaxuxwena over what she said about Adebayor.

Meriam wrote on her Instastory, “I hope Dillish wore the MK lingerie that she bought from me two years ago when she’s with her soccer player in bed because, that’s the same lingerie I wore when I slept in the same bed with Adebayor in London. I didn’t fvxk him that night. Remind her that I met him before she did.

“Let her enjoy while she can, I still have his WhatsApp number!! Don’t get too excited for things I could have same way you met him!! Same way I met him”

Meriam however said she will report the matter to the police. 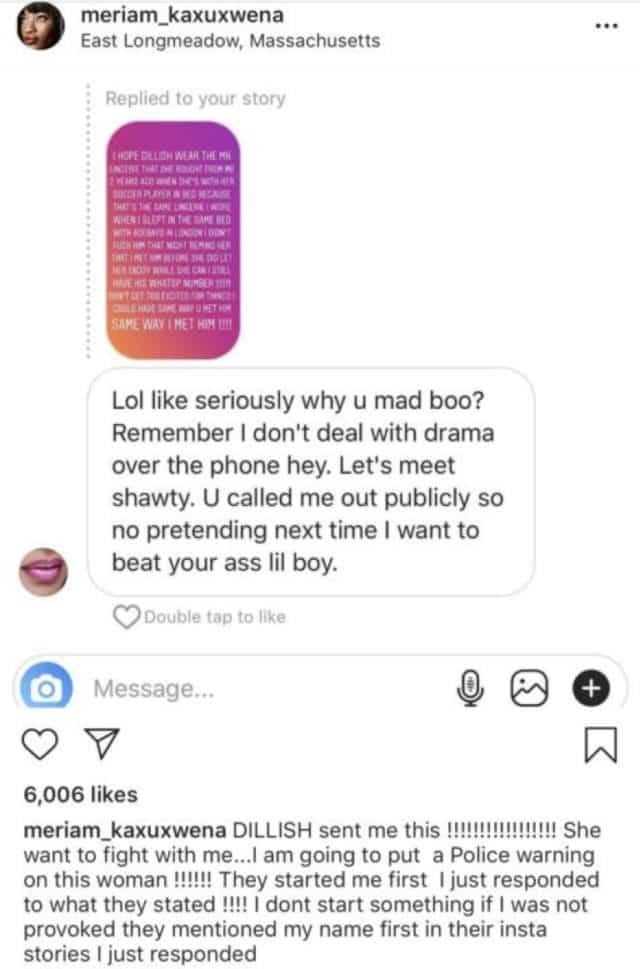 However, things got out of hand after a Nigerian woman came to the post made by Meriam and ridiculed the two women fighting over Adebayor.

The lady wrote, “How can two women be fighting over such a useless man”.

See the exchange below:

Haunt 2019 – On Halloween, a group of friends encounter an “extreme” haunted house that promises to feed on their...

Witnesses – Best friends, Steve and Luke, set out to create a short film for their Film Studies class’ final...

Tall Girl – Jodi (Ava Michelle) has always been the tallest girl in school – and she’s always been uncomfortable...

Depraved – A disillusioned field surgeon suffering from PTSD makes a man out of body parts and brings him to...

The Corrupted – Set after the 2012 London Olympics, the film follows Liam (Sam Claflin), an ex-con trying to win...

Riot Girls – In an alternate 1995, a mysterious disease has wiped out all of the adults. In this new...

Deadtectives – DeadTectives pursues a group of hapless paranormal specialists on an unscripted television arrangement who go on a journey...

Candy Corn – It’s Halloween weekend and a gathering of menaces are arranging their yearly inception on neighborhood untouchable, Jacob...

Running with the Devil [Hollywood Movie]

Running with the Devil – The President of a Universal aggregate sends two of his most respected officials to explore...

Bloodline 2019 – Evan values family to the exclusion of everything else, and any individual who gets between him, his...